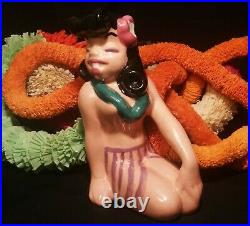 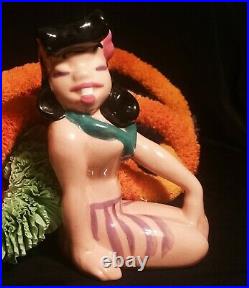 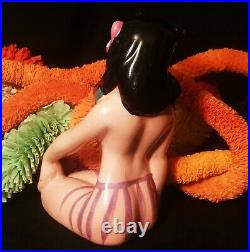 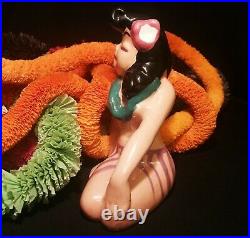 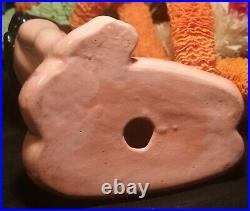 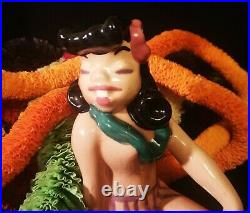 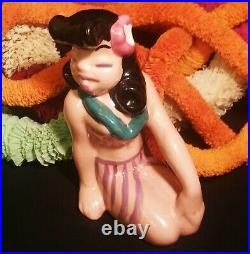 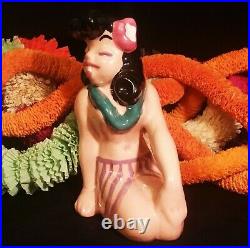 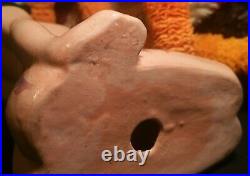 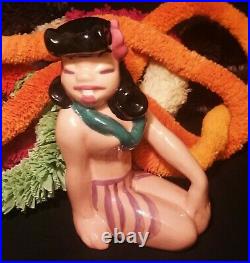 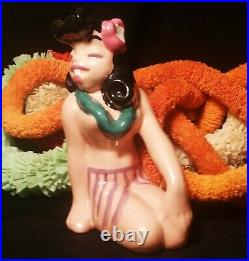 Circa 1930s-40s WWII era ceramic animation figurine. Walt Disney made many anti Nazi propaganda cartoons during the war and this was probably part of a set with goofy US sailors hanging out on Waikiki Beach. Hand pottered and painted by Brayton Laguna. Expected glaze crazing and a tiny glaze'pop' in her hair (see pic 8 above).

Measures just under 6 tall. A five pound sterling silver "Bug Basket" from Buckingham Palace, the most-prized possession of the last reigning monarch of The Kingdom of Hawai'i, an artifact from The White House and Porcellian Club (the birthplace of Facebook), the first man to the moon's 1st appearance in Space, a 1906 tomb artifact from The Brotherhood of Death (The Illuminati) and an 1885 New York City "Sitting Bull" Cigar Store Indian are but a few of our most interesting pieces.

The seller is "theurbanarcheologist" and is located in Tracyton, Washington. This item can be shipped worldwide.